Go Pig and Go Home: How Pork Can Drive Takeout, Delivery and Other Sales 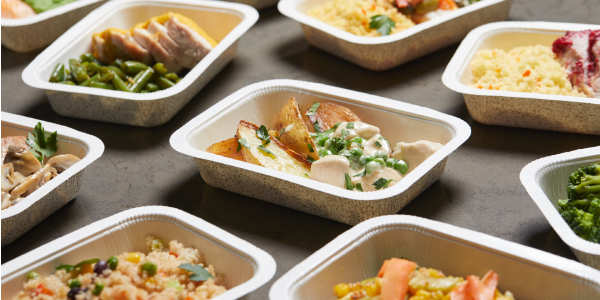 The COVID-19 pandemic has disrupted many things, but pork’s popularity isn’t one of them. In fact, pork sales soared in 2020, posting steady year-over-year gains since March. (Sales were actually down 5% at the beginning of the month, but between March 8 and March 29, they jumped a whopping 56%.)

The fact that consumers have consistently chosen to cook more pork products at home in recent months suggests that foodservice operators may be able to capture some of those dining dollars by including pork on their menus. “Over the last nine months, we’ve seen more households [feature] pork in their recipe rotation,” says Chris DuBois, senior vice president of the protein practice at IRI. “That’s a big opportunity for pork. What consumers have been buying away from the restaurant for months could drive new menus over the next year.”


As the foodservice industry moves toward functioning in a post-pandemic environment, operators may be able to build on pork’s current momentum in some of the following ways.

According to 2019 research from the National Pork Board, consumers are most likely to crave pork at breakfast or as a pizza topping. But COVID-19 has forced more people to eat breakfast at home—from 33% pre-pandemic to 44% now. So while sausage, bacon and other pork products remain beloved morning mainstays, operators may find more opportunity in pork as a lunchtime option.

In recent months, says National Pork Board consultant Kiersten Hafer, many people have begun viewing lunch as something to savor. Instead of “just grabbing a sandwich or salad on the go,” she explains, “they’re investing more time in the meal, eating more hot meals and more robust lunches.”

To capitalize on this change in views and habits, operators should consider menuing fulfilling lunchtime dishes that may entice consumers to order takeout or delivery—or even opt for a sit-down experience in areas where on-site dining is permitted—rather than eating at their desk at home or in the office. Dishes featuring different cuts of pork are especially appealing to Gen Z diners, Hafer adds.

“There’s a big opportunity with things like ribs and pulled pork,” she says. “As [operators] think about expanding their consumer base, it might be an opportunity to bring in younger audiences.”

Family meal packages that come ready to serve and do-it-yourself kits that require some at-home preparation have been popular during the pandemic: Between March and June, 31% of operators surveyed by Datassential added family-size meals to their offerings, while 25% added meal kits. Notably, the majority of these operators say they intend to continue selling family meals (69%) and meal kits (61%) in the future.

By August, nearly two-thirds of surveyed consumers said they were tired of cooking at home, and 79% indicated they were looking for something new. Prepackaged meals or meal components—particularly those that include a variety of protein choices—offer consumers an exciting alternative to scratch cooking. “Kits allow them to customize [items] for people in the household, to a large degree, and exclude or include ingredients based on family preference,” Hafer says.

Offer Dishes That Can’t Easily Be Replicated at Home

Months into the pandemic, consumers reported they were still craving comfort food. In fact, 69% said they’ll continue to indulge at the same rate post-pandemic as they are now—the equivalent of five meals a week.

By then, Hafer speculates, some consumers may also be looking for decadent dishes they either couldn’t or wouldn’t prepare at home. “A lot of times, people are going out to enjoy something they may not have every day or week—or even have access to,” she says. “The second component of that is, we know people are craving certain dishes from restaurants that maybe they haven’t been able to get during the pandemic.”

Incorporating pork into limited time offer (LTO) menu items is one way to attract customers who are looking for something special they can’t easily recreate themselves, says Jenny Moyer Murphy, corporate executive chef for Clemens Food Group. “Pork has popped up across entire dayparts—breakfast, lunch and dinner,” she says. “With breakfast, you think of bacon and sausage and ham, maybe Canadian bacon. Barbecues are still really hot and comforting. We also see pork in fast casual LTOs—things like pork belly and pulled pork. It’s not just for breakfast anymore.”

In addition to serving as a substitution for other meats in main dishes, pork can be used in unconventional ways that may resonate with people who love its flavor but need additional creative inspiration. One idea Moyer suggests: Use bacon fat instead of butter when baking cookies and cakes to infuse them with pork’s distinctive flavor.

Besides being flavorful, pork is “lean and versatile,” Moyer continues. “In foodservice, you can use it in [all dayparts], in chilis, nachos, egg rolls. And you can do a lot to it. For example, a regular pork loin can be stuffed, marinated or cut into chops. Anything you can do with other proteins, you can do with pork.”

That’s good news for operators, who may be able to leverage the positive experiences consumers have had cooking with pork by putting a unique twist on the belly, ground and other pork cuts that sold well in retail channels in recent months, Hafer says. Serving a sandwich made with shoulder bacon, instead of the more traditional pork belly bacon, is but one example.

“Pork, among some other dishes and proteins, really does have a favorable position in consumers’ minds,” she says. “People had great interactions with it in different ways throughout the pandemic. When you think about all the applications for pork items, [it’s clear] operators have an opportunity to capitalize on that—across the entire menu.”


Discover an array of pork products that can elevate your breakfast, lunch and dinner menu offerings.