“New cuts of meat” has been topping menu trend lists for the past couple of years, driven both by consumers’ continued interest in something new, and the natural evolution of pushing culinary boundaries.

In 2019, this will continue to be an important initiative for chefs. Looking at cuts that go beyond chops and ribs not only helps differentiate a restaurant brand and menu, it’s a hallmark of the modern steakhouse, showcasing culinary skill and ingenuity. And today’s consumer appreciates twists on beloved and trusted menu items, proving that innovation around comfort is a winning strategy. 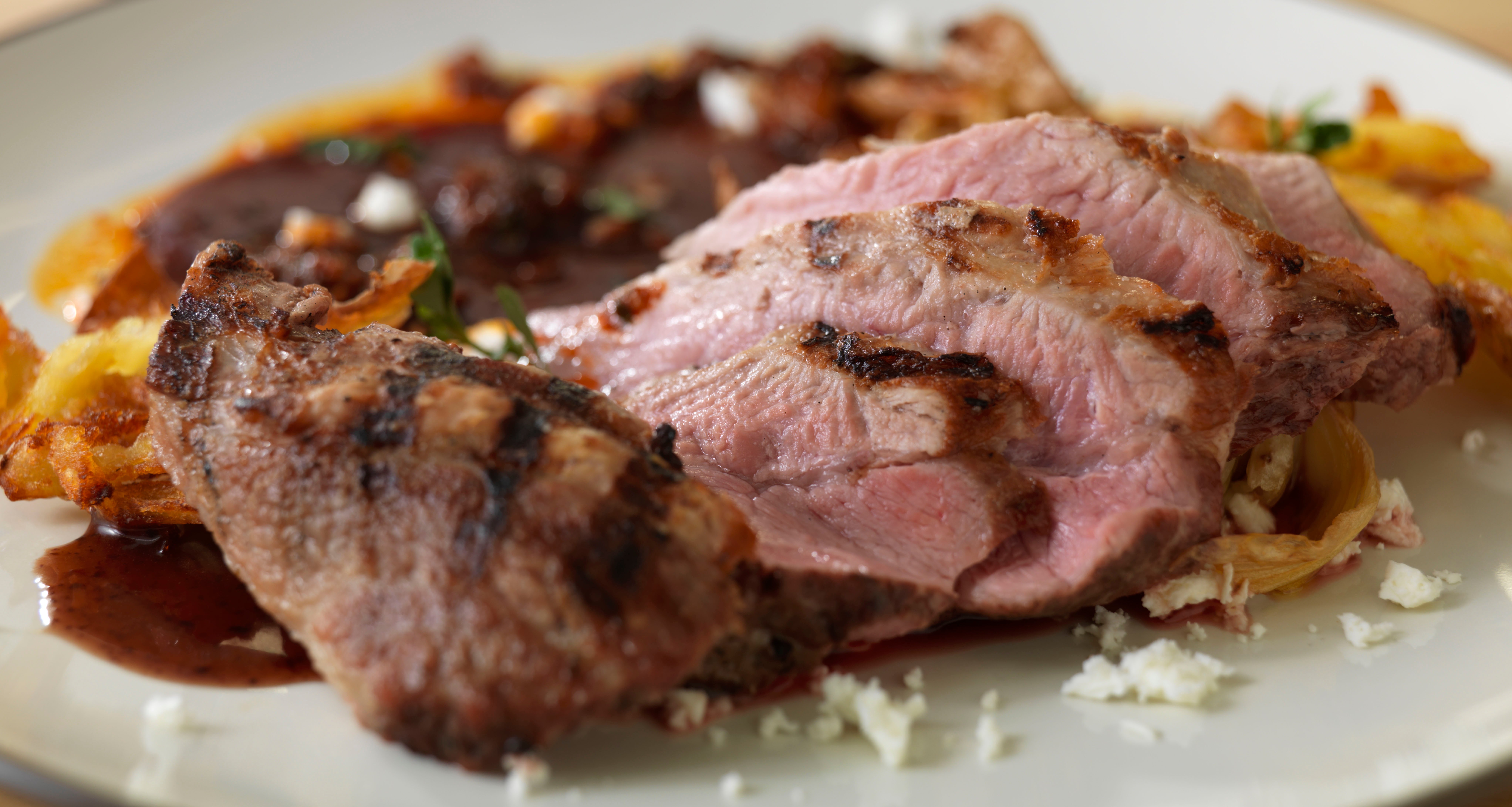 Many “new” cuts are not necessarily new but rather feature updated nomenclature, or they are lesser utilized (thereby lesser known by consumers). But there’s a competitive advantage in showcasing newness and culinary chops around center-plate items today. Whether it’s a modernized name or a less common cut, it’s an opportunity to create dialogue and social buzz while also demonstrating to the diner that the culinary team is mindfully sourcing meat choices.

Here are a few cuts with on-trend panache:

The callout of “steak” is usually reserved for red meat, and to diners, the pork equivalent is usually a chop. But pork steak, from the shoulder (or butt), offers an opportunity for unique appeal. Another bonus in featuring this cut is that it’s not a common retail offering, adding intrigue and appeal to a menu item. In Houston, the recently opened Indianola restaurant offers a Pan-Glazed Pork Steak with citrus glaze, served with coconut collard greens, peanuts, ginger and cilantro. At the newly opened Elmood restaurant in St. Louis, the pork steak is grilled and served with salsas, leek salad and butter lettuce cups.

Nostalgia is a big driver with this cut, bringing with it a big flavor-carrying potential. In Minneapolis, Chef Jamie Malone included a Pork Porterhouse on the menu revamp at Eastside Eat & Drink, serving it with charred eggplant, shishitos and sweet corn.  Meanwhile, in Washington, D.C., St. Anselm’s Chef Marjorie Meek-Bradley features an apricot chutney-glazed version of pork porterhouse.

The pork skirt steak is a tender, flavorful, premium cut from the front shoulder. This is also known as the “secreto” cut, more popular with Iberico pork in Spanish-influenced menu items. At Tasty n Alder in Portland, Ore., it’s is served with hazelnut romesco and a sherry glaze. Lido Bottle Works in Newport Beach, Calif., serves its version with a carrot-ginger puree and foie mousse.

Other cuts are emerging as a result of the nose-to-tail movement in more cutting-edge culinary settings. While more feasible in independent, chef-driven concepts, with whole-animal butchery taking place in-house, it’s raising awareness of alternative cuts and offal. These varieties may not be practical for higher volume restaurants, nor do they have mainstream appeal, but as foodie media celebrates these cutting-edge chefs and their mastery around butchery and inventive flavor techniques, adventurous consumers become more intrigued, and “safe” entry points with less-common cuts like jowl or cheeks should be considered. Aki Nom Nom in Philadelphia finishes its ramen with slices of pork jowl, while at Fox and Pearl in Kansas City, pork cheek sugo makes the base for the bigoli pasta dish.

Creative new cuts and whole-animal butchery are great examples of simple shifts that can distinguish your brand and menu. These on-trend offerings help demonstrate your culinary skills while appealing to consumers, especially those seeking the latest in menu innovation.